The class of the phoenix gems was identified by Bonner, SMA, 60-61, on the basis of seven pieces (CBd-198, CBd-1046, CBd-1098, CBd-1237, CBd-1238, CBd-1239, CBd-1250). In his interpretation, the phoenix serves as the main structure of the scheme. The phoenix is depicted on a globe which is placed on a column; animals are engraved around the column, appearing in a set order: a crocodile is located at the bottom of the gem, a scarab with outstretched wings appears at the top, birds, scorpions and snakes are represented on either side. Within the Phoenix class, the phoenix may sometimes be replaced with other deities.

The number of the pieces known today is three times greater.
The earliest record of the Phoenix class may date to the second quarter of the 2nd century, as it is in 121/122 that the scheme of the phoenix on a globe first appears in imperial coinage (Nagy 2011, 79). The stylistic affinity of the pieces places the majority of phoenix gems on the same chronological horizon.

Bonner rightly identified the central piece of the class CBd-1046. Since then, three further examples of this version have been found (CBd-2, CBd-1240, and CBd-1247). However, these too exhibit minor differences, such as a discrepancy in the number of rays depicted or the addition of an akhet-sign, see Nagy 2011, 79. For examples of these variations, see also CBd-775 (fragmentary) and CBd-1251 (with triads of animals on the sides).
Bonner was also right in interpreting the central motif within the Phoenix class (the bird resting on the globe), referring to Herodotus' description of the phoenix burying its father in Heliopolis (Herodotus II 73). Utilizing Bonner’s previous analysis it is possible to interpret the remaining iconographical elements following the Egyptian tradition (Nagy 2001, 162-169; Nagy 2002). Animals engraved along the central axis of the gems (crocodile, phoenix, scarab) represent the sun god both on a natural level (in different phases of his celestial journey), as well as a mythological one (Horus burying Osiris).

The figures on the sides (swallow, scorpion, snake) are representations of Isis and Nephthys. It is thus worth differentiating them from the triads of animals frequently appearing on other magical gems (pace Michel 2004, 75-76), which ultimately signify ’all animals’. Nevertheless, some gems point to the blending of the two motifs (e.g. CBd-1238, CBd-1248, CBd-1251). The column is a reference to the Egyptian word Iunu – [Place of] Pillars (Heliopolis) indicating the location of the scene.

The basic scheme is thus a prayer transformed into an image, intended to evoke the sun god in various ways. It is in his name that the magos commands the personfied stomach of the client to do what it has to (πέπτε). The notches beside the phoenix (: “what seems to be a conventionalized worm or snake”) are perhaps characteres representative of the Chnoubis-sign, which would also support the digestive function of the gem.

The photograph published by Bonner which shows two phoenixes is our only source regarding the Sarrafian-gem (CBd-198), the whereabouts of which are still unknown. Apart from this, the tradition of the two phoenixes can be identified in only one other source, Horapollo II 57, dating from late-antiquity. This gem (and CBd-1098) incorporates a depiction of a crab along the sides; this animal appears on subsequent pieces as well (CBd-1248, CBd-1251). Within the perspective of Greek tradition, the crab may be interpreted as an additional symbol for protection (Nagy 2002, 74-78). On some of the gems the crab becomes a central motif (CBd-1252); others show a connection between the crab and the Trigrammaton (e.g. CBd-493, CBd-496). Supplementary pieces within the scheme, however, may suggest further points of connection yet to be discovered.

Outside this class, the phoenix motif rarely appears on magical gems. (For the moment, see CBd-497, CBd-502, and CBd-724). CBd-1250 (spoonbill on scorpion) is not closely connected to this class; however, CBd-1241 (spoonbill biting the tail of the scorpion, surrounded by the usual animals accompanying the phoenix class) raises the possibility of a connection.

The representation of a phoenix standing on a globe is also known from a post-antique gem CBd-1249. 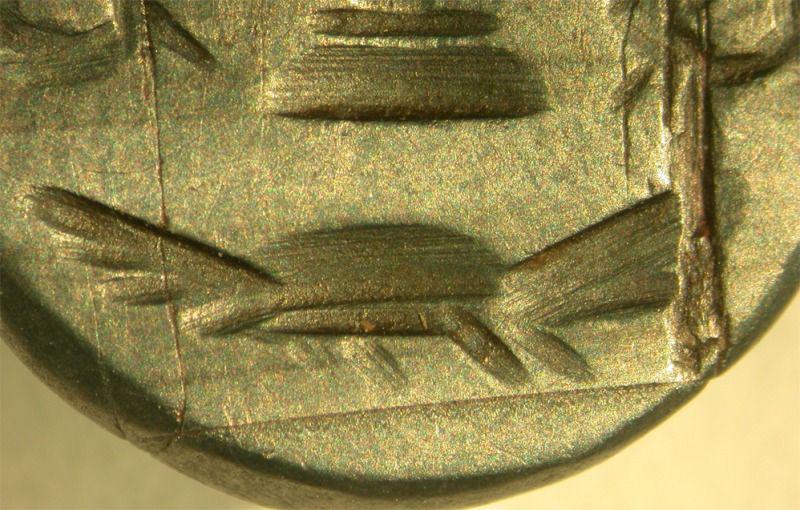 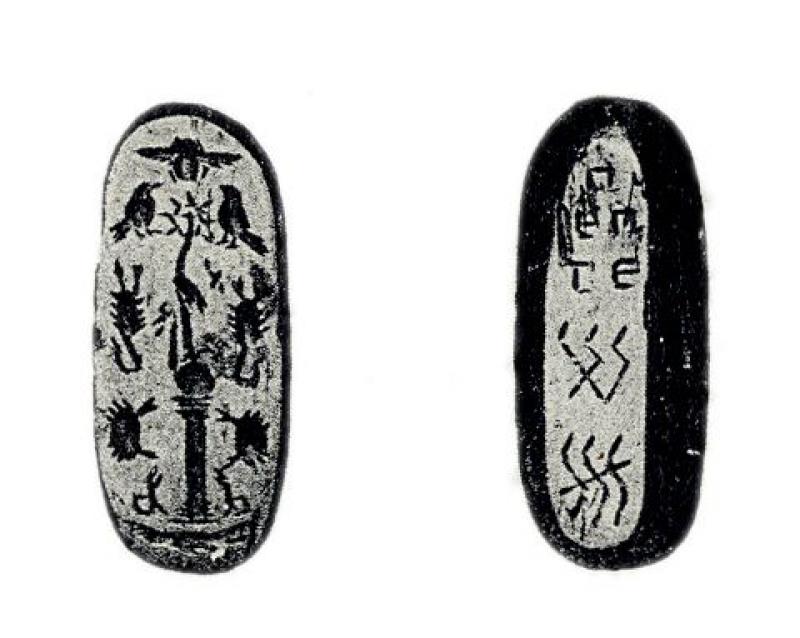 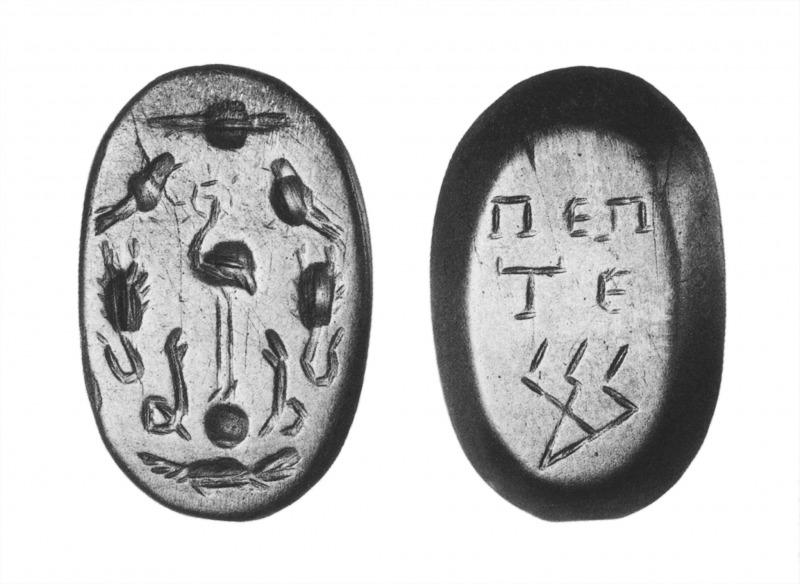 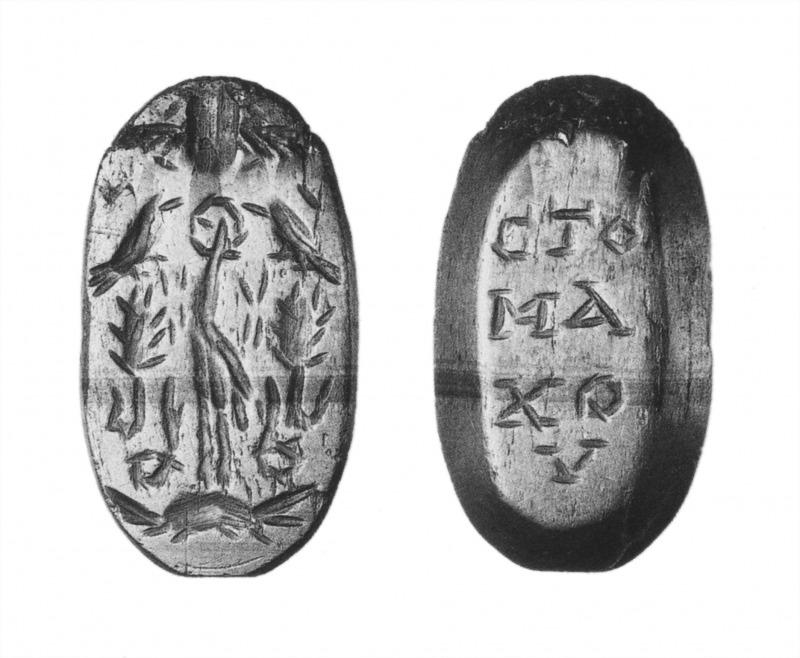 CBd-773
Magical gem: Phoenix surrounded by animals (A) στομάχου (B)
5. 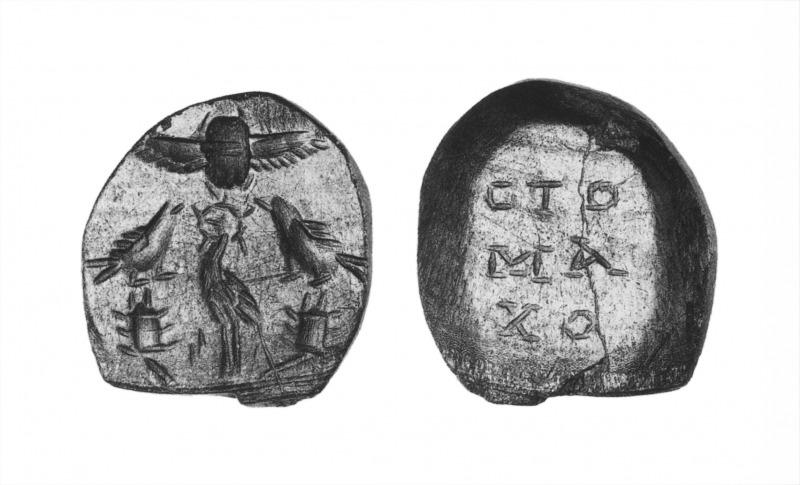 CBd-774
Magical gem: Phoenix surrounded by animals (A) στομάχου (B)
6. 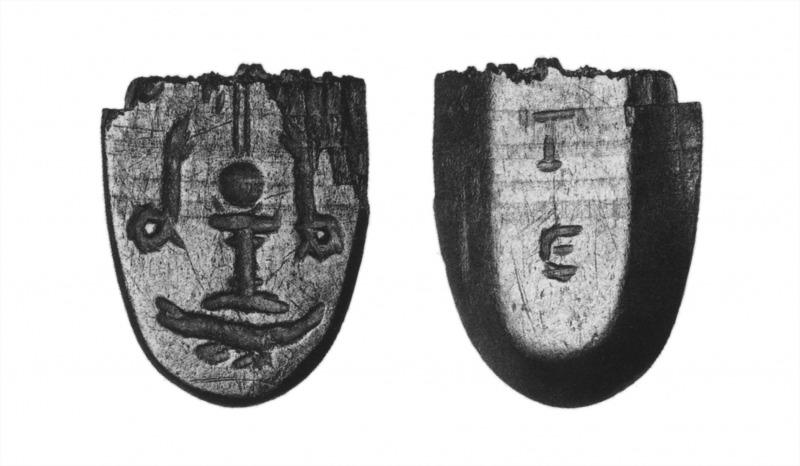 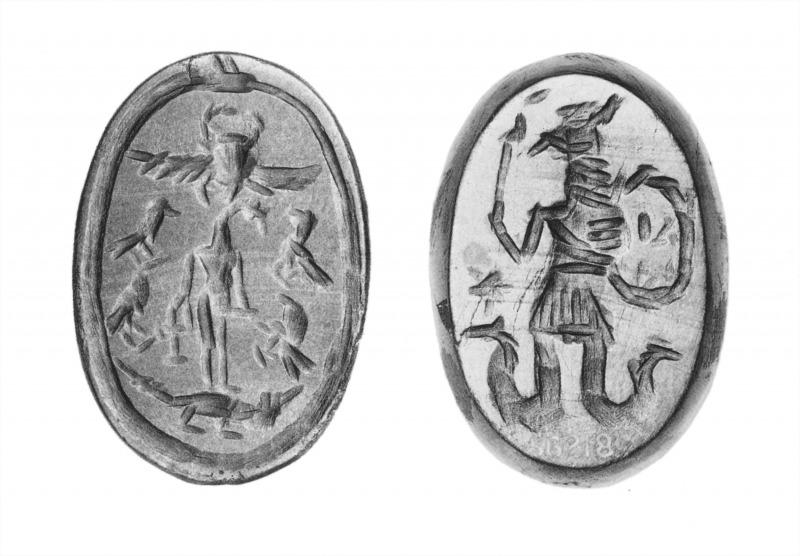 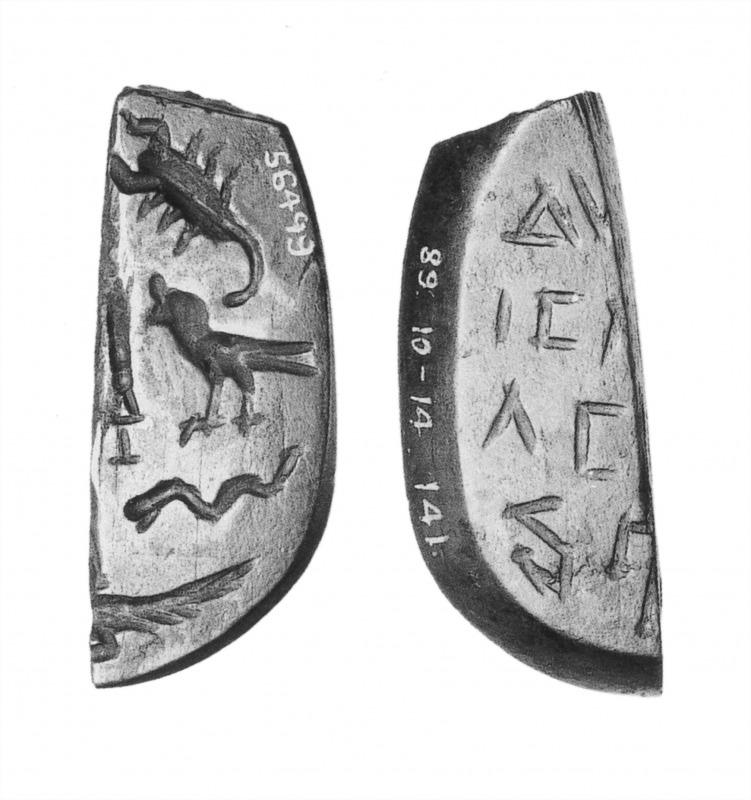 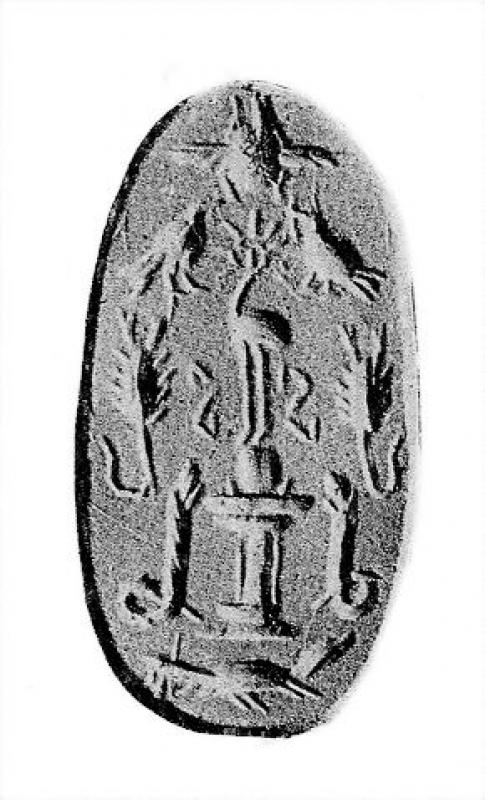 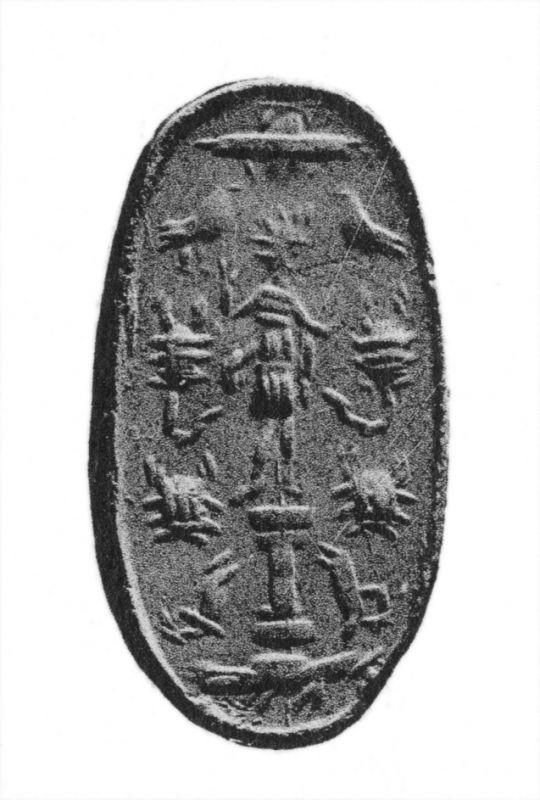 CBd-1098
Magical gem: Helios on column surrounded with animals (A) Greek inscription (B)
11. 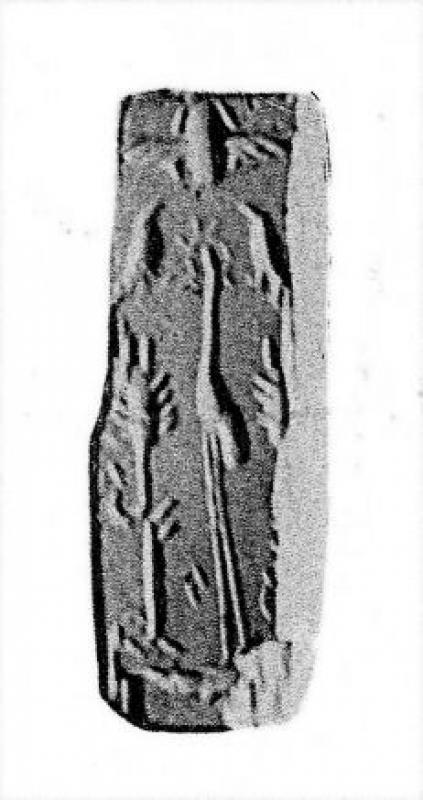 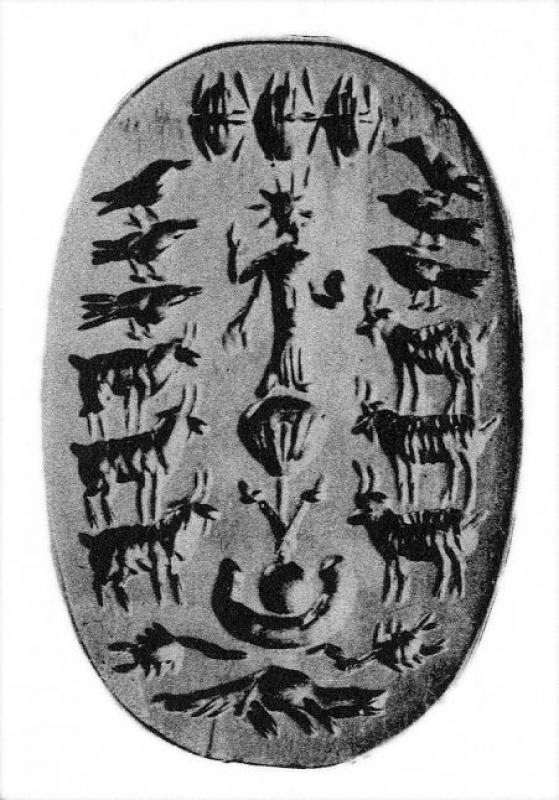 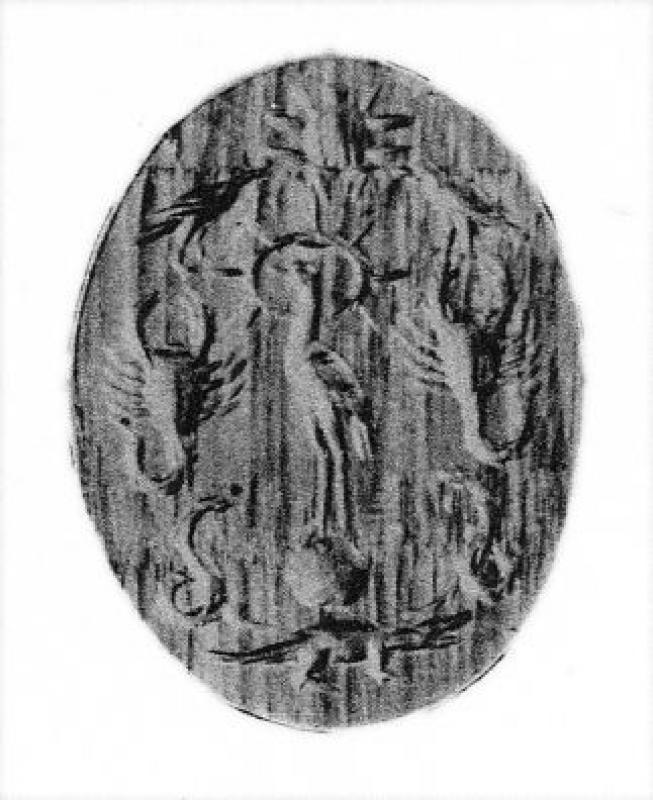 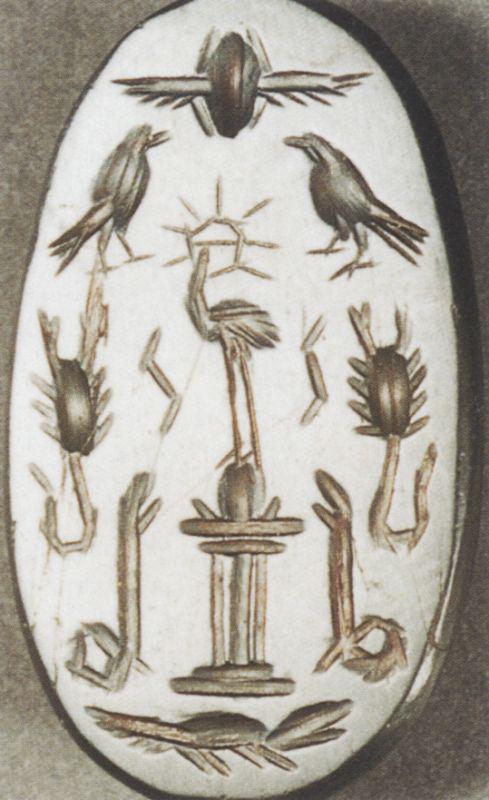 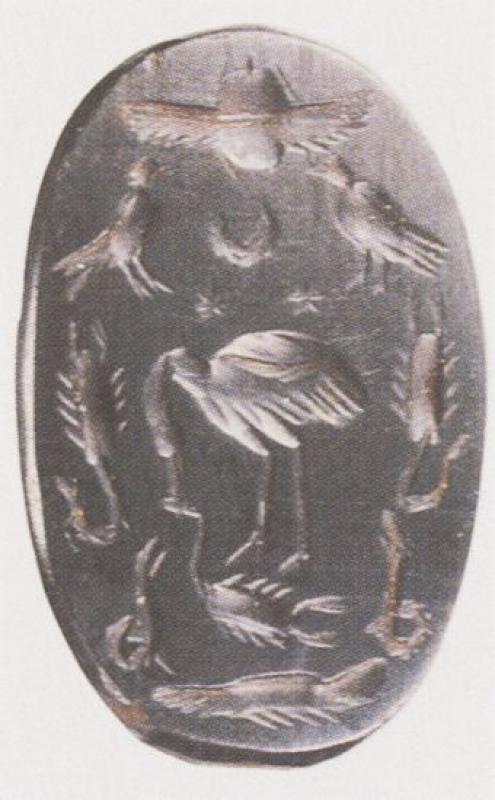 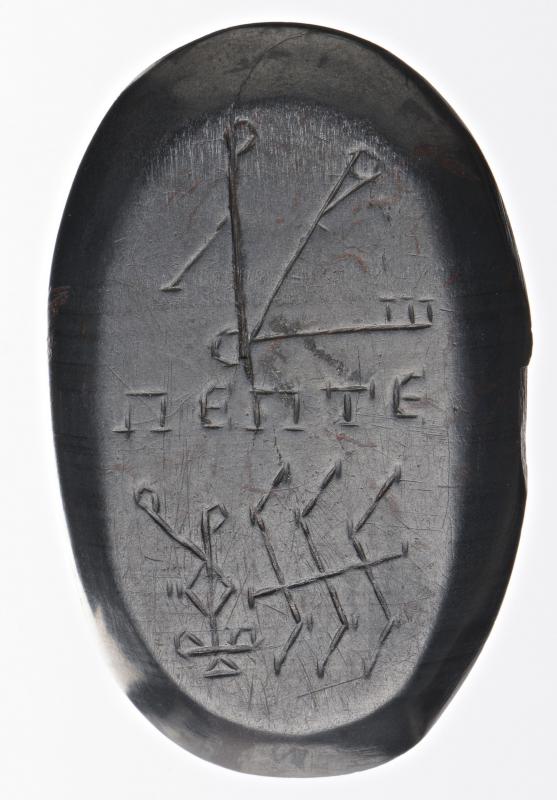 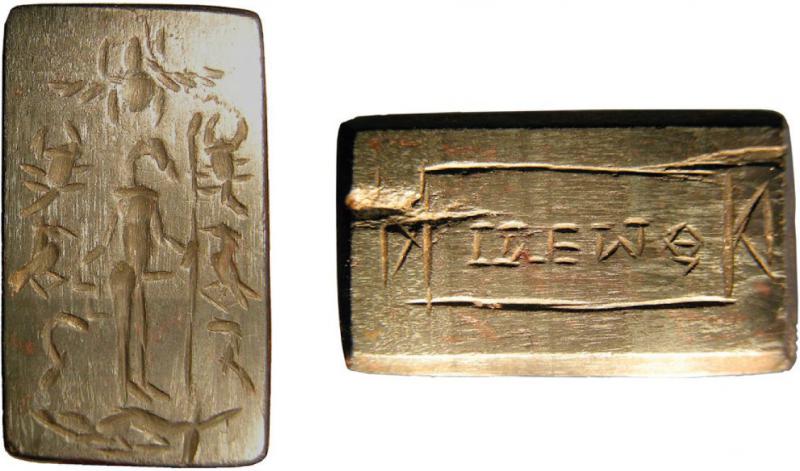 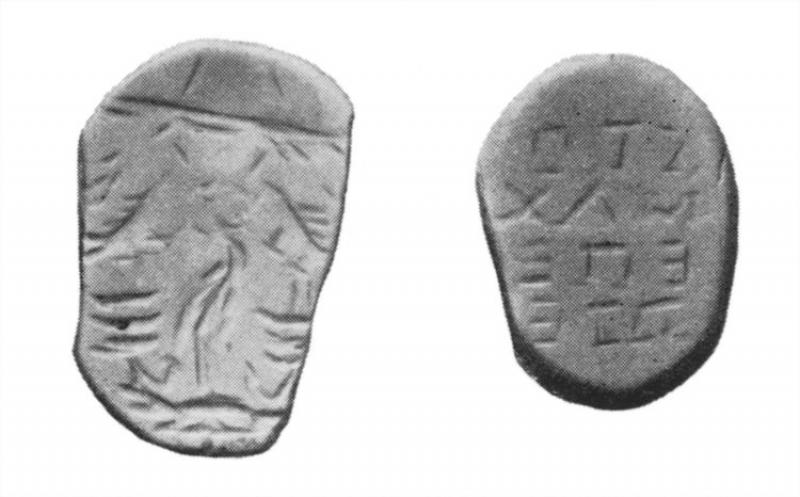 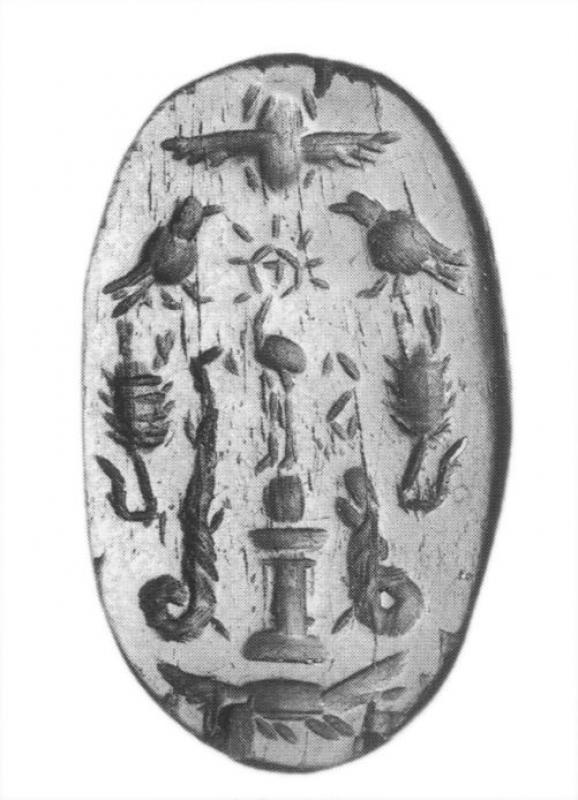 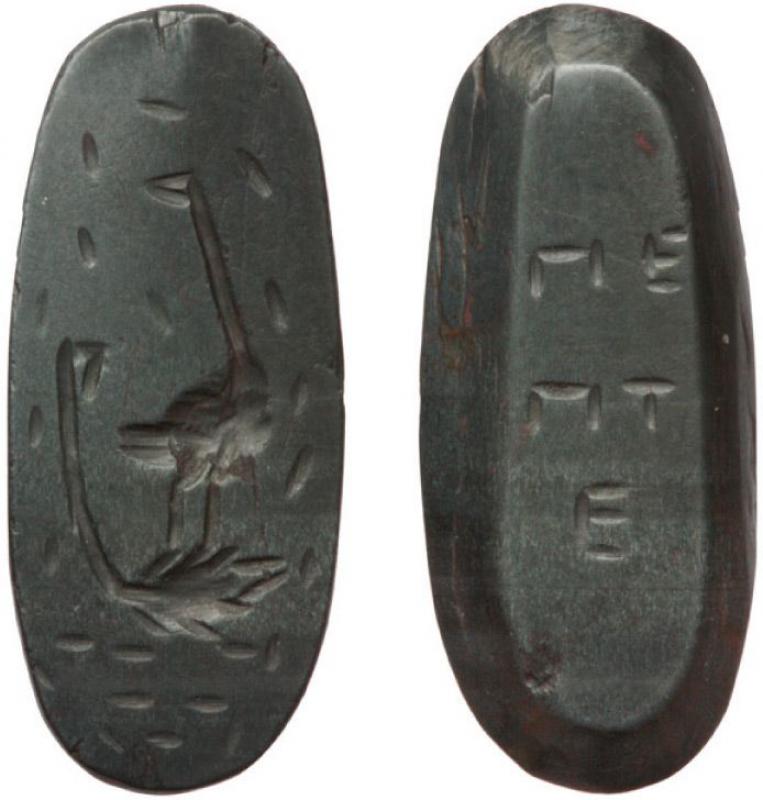 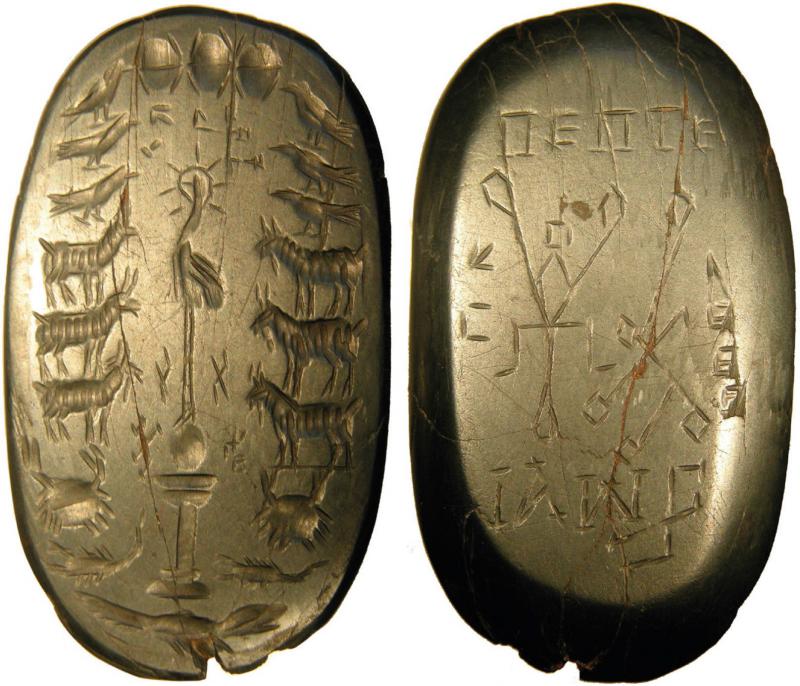 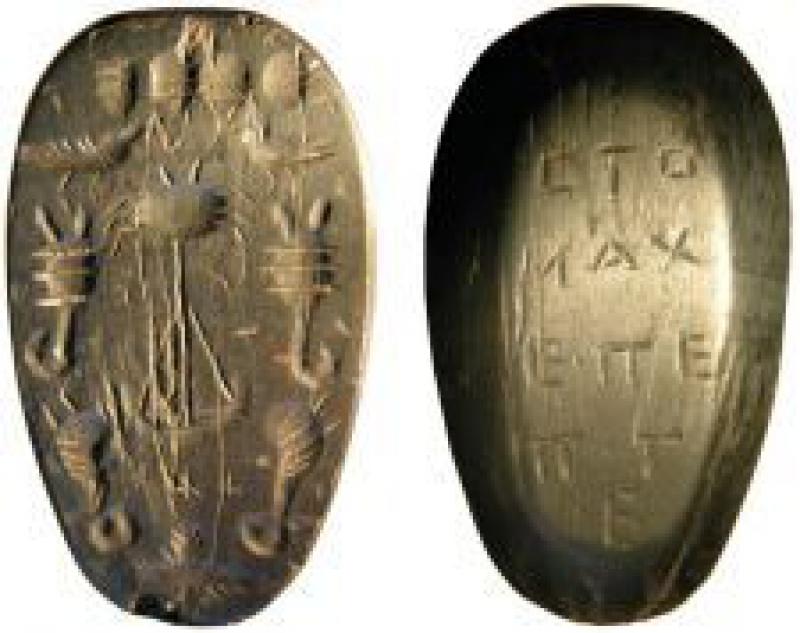