Bonner, SMA – PDF, 46.
as a command, rather than imperative middle). Much more rarely one finds the nouns φύλαξ, σωματοφύλαξ.3 Many inscriptions of this kind have been collected by Drexler,4 and they are connected with various designs, among which the type of Sarapis is most common, as is natural considering the popularity of that deity; but the legend is also found with the cock-headed demon, the four-winged pantheos, and other types. A small green glass paste in Mr. Seyrig's collection has a rude representation of a frog on one side, φυλα

αι on the other.5 The formula φύλαξον ἀπὸ κακοῦ or φύλαξον ἀπὸ παντὸς κακοῦ is also found occasionally.6

Although there is no verb of asking, a prayer for general protection is often implicit in the very common εἷς θεός inscriptions and in such phrases as νικᾷ ἡ Ἶσις, “Isis conquers.” This point is well illustrated by the very numerous bronze pendants, mainly of Syrian origin, which bear on the obverse a figure of the Rider Saint and the legend εἷς θεός ὁ νικῶν τὰ κακά, “One God who overcomes evil,” while the reverse often shows a design intended to avert the evil eye.

The inscription βοήθει differs little in effect from φύλαξον. The verb originally denoted going to the aid of somebody in danger, and it never lost the suggestion of help against an enemy. It is comparatively rare on the earlier amulets, though common in the late Syrian pendants and in Christian inscriptions. The verb παραστάθητι, “stand by,” “defend,” occurs in a similar sense on a gem of the British Museum; the obverse shows the chariots of the sun and the moon, the reverse has Ιαω Σαβαωθ Αβρασαξ ὁ ὢν κ(ύριε) παραστάθητι.7 A similar imperative is probably to be restored on a sard of the same collection, published by Walters.8 The latter part of its inscription, which the editor abandoned as unintelligible, was probably meant for τῷ Ἰωσηφ· συνπαραστάθητι, the dative being construed with the preceding words δός μοι χάριν, which are not in doubt. The inscription is treated more fully in Chapter XIII, p. 180.9
Another phrase praying for positive benefit of a general character is illustrated by a relief inscription of the British Museum, εἷ‹ς› Ζεὺς Σάραπις ἵλεως τῷ φοροῦντι; there is no accompanying design.10 A remarkable object belonging to the Austrian imperial cabinet is a piece of emerald matrix which has on the obverse, carved in relief, a figure of the infant Harpocrates, without attributes but recognizable by the traditional gesture — the finger in his
3 A brown-red jasper in the Newell collection (D. 268) has φύλαξ inscribed on a tabula ansata; the reverse side has the word αβρασαξ. For σωματοφύλαξ, inscribed in the field of a green jasper showing Anubis, see De Ridder 3475.
4 Woch. Klass. Phil., 1886, pp. 1240 ff.
5 D. 370. For the frog as a symbol of fertility and of resurrection see F. X. Kraus, article “Frosch” in Realencykl. d. christl. Alterthümer, I, 544 f.
6 B. M. 56010 and 56011. On both gems, which are very much alike, there is a representation of the pantheos.
7 56147. Illustration in King, Gnostics, Pl. J 1.
8 B. M. Cat. Gems, 2702.
9 Compare the use of συμπαραστάτει in the invocation to Demeter, Ar. Ran. 385.
10 56523. The stone has ιαεως το φορουντει. Such errors oceur often and will not always be mentioned in these notes.
<<previous     next>>
Contents
Last modified: 2012-11-05 10:26:23
Link: cbd.mfab.hu/pandecta/1485 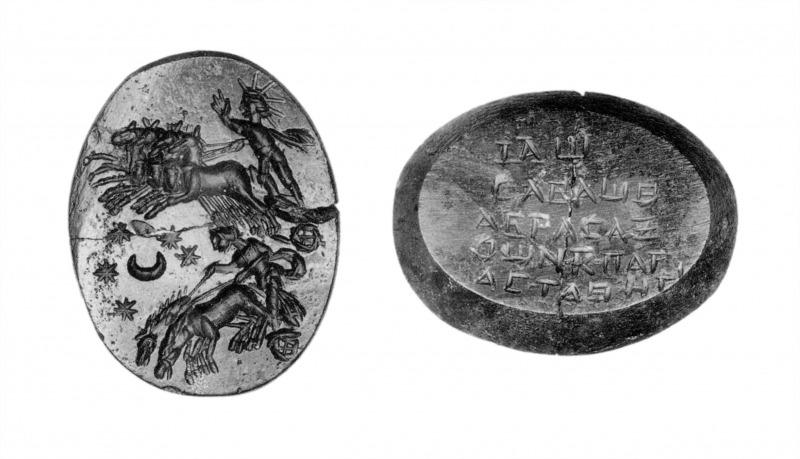 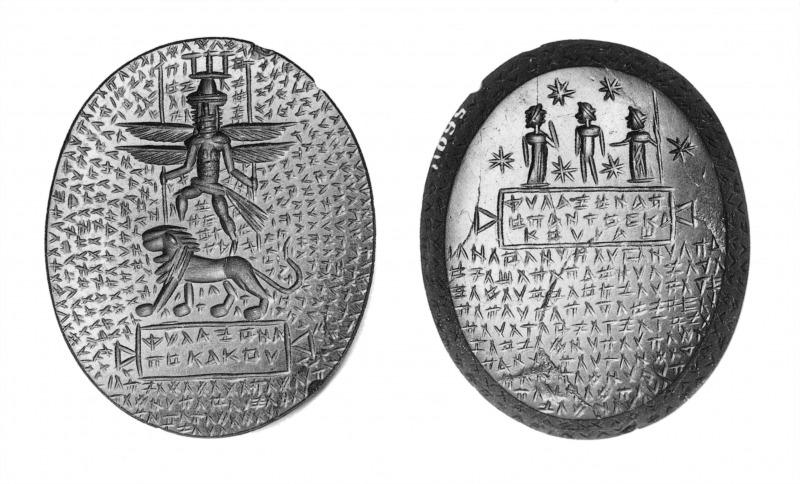 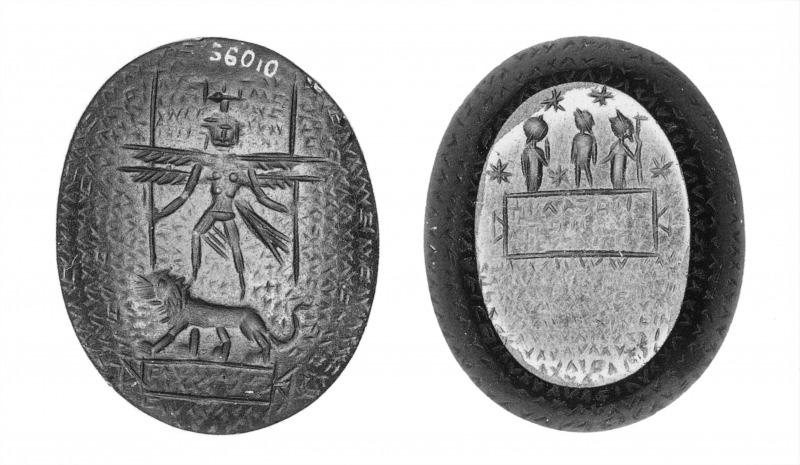 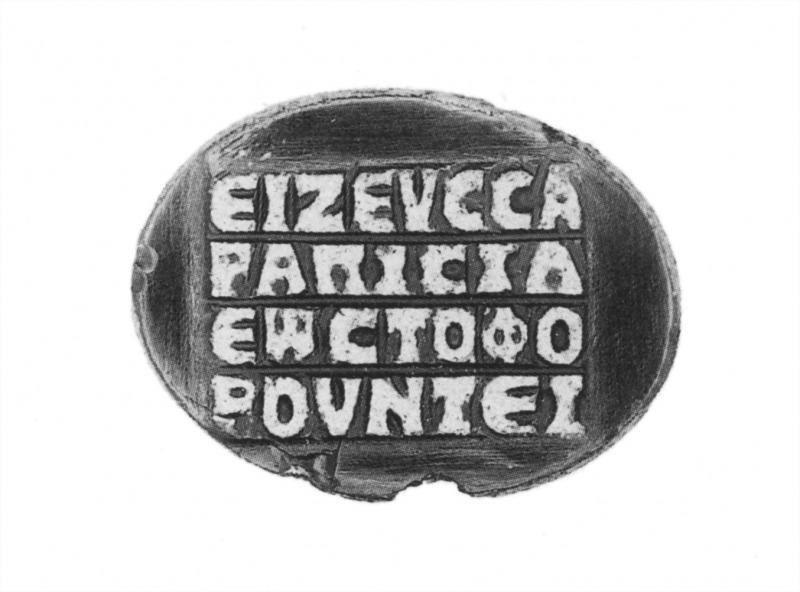