Bonner, SMA – PDF, 298.
head seen at bottom, enclosing meaningless inscription (see p. 163) in five lines, under which are four ring signs.
Rev. Monster with three heads (ibis, ox, lion) supported on shoulders by broken lines which may be meant for the legs of the animals; square, blocklike body girt at waist with snake forming figure 8 knot, and crossed by two diagonal lines. R. hand holds garland with ties enclosing EA. Those letters may be intended to go with the seven-line series of vowel permutations at l. Under the monster's feet, tabula ansata broken at r. enclosing the inscription αβλαριμαθα[ |βη ιωπακερ[ | ιω βoλχσ[. At the end of the first line I supply ιωερ, at the end of the second, βη, at the end of the third, read βoλχ(o)σ[ηθ.
Lapis lazuli. Transverse oval, ca. 29 X 29, almost half broken away. If the figure on the reverse was accurately centered, the original length was 44 mm.

268
Newell 19
Obv. Tabula ansata inscribed φύλαξ, the ξ under υ.
Rev. Abrasax. The engraving is probably later than that of the obverse.
Brownish-red jasper. Transverse oval, 12 Χ 9 Χ 4. Enlarged 2 X 1.
269
Ruthven 32
Obv. ευτυχι Δρακovτι (l. εὐτύχει Δρακόvτιε), “Good luck, Dracontius!” Cut in reverse for seal.
Rev. Plain.
Sard. Transverse octagon, 13 X 10 Χ 4.
270
Walters Art Gallery 42.867
Obv. In three lines, παρηγoρι o υυγια, i.e. παρηγόρει, ὦ ὑγίεια, “Comfort me, O Health.” The two alphas are without the cross stroke, as often on these stones. The sound changes that led to the strange misspelling of the last word are attested in the papyri, but for stone amulets this is an extreme example. The inscription is on the smaller face.
Rev. Plain.
Pale yellow carnelian. Circular, diameter 54, thickness 4.
271
Brummer
Obv. Ouroboros, head slightly to l. of top, enclosing an inscription which covers the whole face of the stone. First, four and one-half lines made up chiefly of characters, with a few Greek letters, and ending at the middle of the fifth line with a snake. Then, beginning at that point, σαλαμαζα βαλαιζα αματρoπαθειρ Iαω Iαω σῶζε τὸv φoρoῦvτα τoῦτo τὸ φυλακτήριov.
Rev. Plain.
Carnelian. Upright oval, 38 X 35 X 7.Large chip lost from upper left edge.
272
Mich. 26069
Obv. τὸ πρoσκύvημα Eὐπoσίας. πρoσκύvημα literally “obeisance,” and hence, in a general sense, an act of worship. Visitors at Egyptian temples were wont to commemorate their pilgrimage by an inscription on the temple wall or some neighboring monument; it might be τὸ πρoσκύvημα ἐπoίησα παρὰ τῷ θεῷ, with the worshiper's name, but much more frequently the phrase is simply τό πρoσκύvημα followed by the worshiper's name in the genitive. The use of the formula on a ring stone seems to show that the ring was dedicated in a temple as the offering of Euposia. This name occurs elsewhere, though rarely.
Another explanation of this inscription is less probable. One might suppose that a friend or a relative of Euposia performed an act of worship in her name, a custom attested by many inscriptions, and commemorated it by
<<previous     next>>
Contents
Last modified: 2012-11-12 19:58:11
Link: cbd.mfab.hu/pandecta/1754 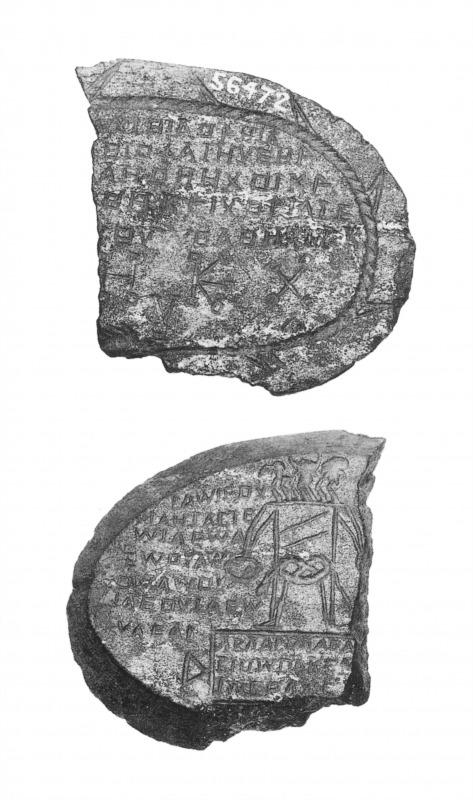 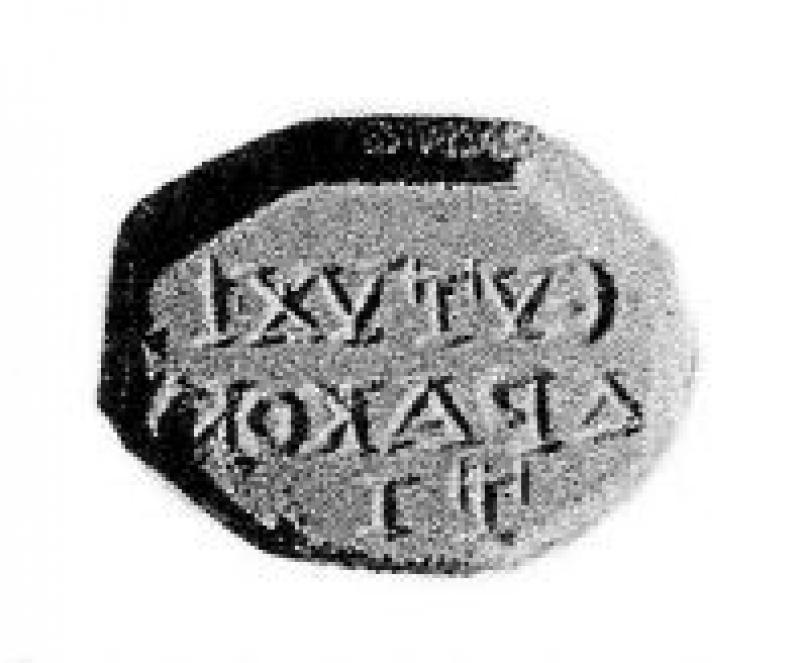 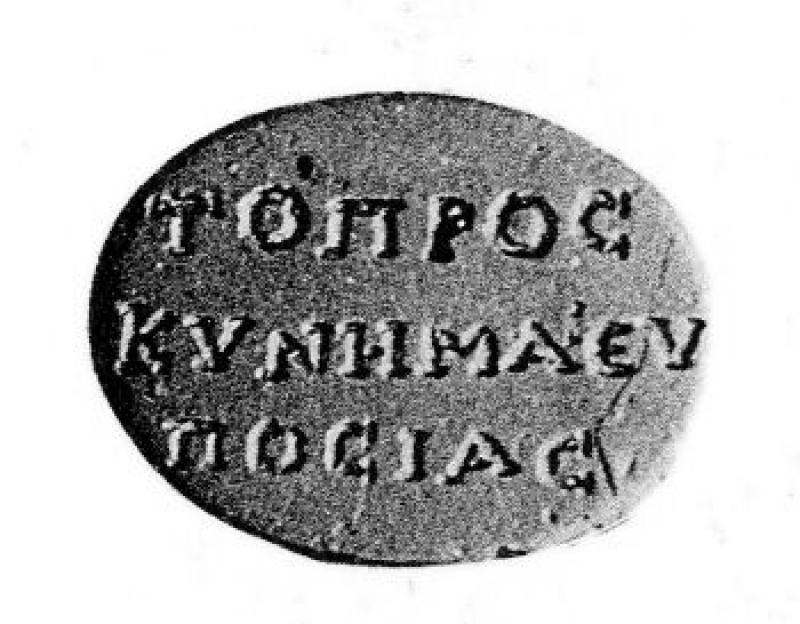