Obv. Harpocrates seated to front on lotus capsule with two buds; r. hand raised, palm out, l. holds flail, which is here so treated as to resemble a crook. Round head seven double rays intersected by a nimbus. In field at r. the first four vowels, the others at l.
Rev. αρχενχνουΦι βριντατηνωφρι βρισκυλμα βρισκυλμω ιαηω λαιλαμψ σεμεσιλαμψ δεε χάριν τη Ζυρουαι.
Green jasper. Upright oval, 19 x 14. Several elements of the reverse inscription have been discussed in SMA, pp. 204 205, and only brief explanations will be offered here. The first unit, which is incorrectly written for αρπονχνουφι, combines the names of Horus Harpocrates and Chnum, who was identified with the Greek Agathos Daimon. The second seems to be especially associated with Chnum. The third and fourth have no known meaning and are probably jargon of the kind often introduced into magical spells. The fifth is probably a variant of Ιαω; cf. No. 37 /CBd-532/, rev. The sixth and seventh occur chiefly with solar divinities. The last four words are a brief prayer, unfortunately corrupt. The word δεε should perhaps be read δες, and in any event it must be a misreading of δος in the copy used by the engraver. The name of the woman who prays for "favor" is not known elsewhere and may be corrupt.
Last modified: 2016-05-23 23:02:36
Link: cbd.mfab.hu/pandecta/901 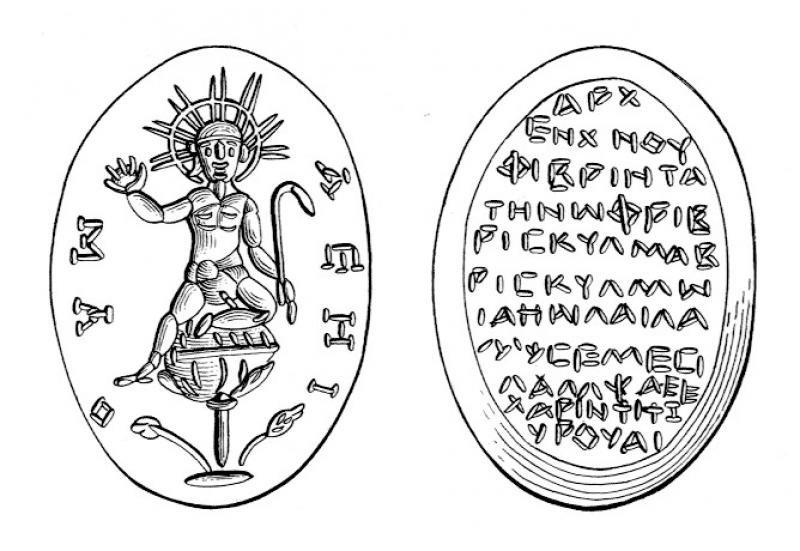 CBd-520
Magical gem: Harpocrates sitting on lotus (A) αρπονχνουφι-logos (B)
2. 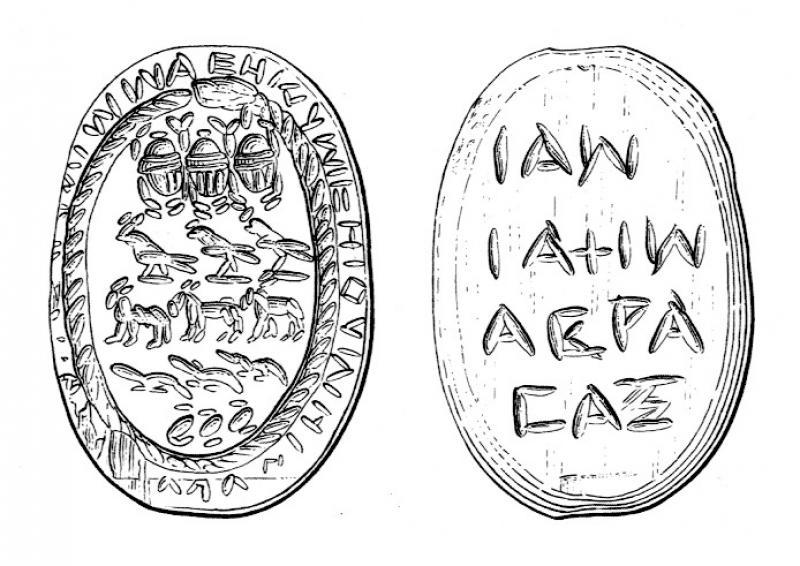