CBd-11 and CBd-1114 exhibit very close parallels in shape, size, iconography, style, as well as the inscribed voces and logoi.The cock-headed Anguipes has its head turned to the left and slightly raised, the shape of the cockscombs and the wattles are identical, although the elongated neck of the snake-legged figure on CBd-11 is plain, as opposed to CBd-1114 showing vertical lines for feathers. The thin arms, the armour with strips indicated by vertical notches, the round shield hiding the lowered left arm, and the short-lashed whip held in the raised and bent right hand, are engraved in the same fashion. In both cases the snake’s legs coil in symmetrical U-shape, the snake’s heads are indicated by rounded balls. Both stones are mottled jasper, oval in shape and flat on each side. The Anguipes is represented on the obverse in the case of CBd-11, and on the reverse on CBd-1114, the proportions of the Anguipes as compared to the surface of the stone, however, are smaller in the former case. The text around and across the Anguipes is also arranged in a similar fashion, while the engraved lines of text on the other side tilt slightly downwards to the right. The shape of the letters is very much alike; the only difference in the inscriptions is the presence of ιαω at the beginning of the CBd-1114 text, but the two inscriptions contain the same variants of the voces αβλαναθαναλβα and σεμεσειλαμ. Considering the above evidence, the two gems belong to the same production, although as yet, the exact nature of their relationship cannot be determined. 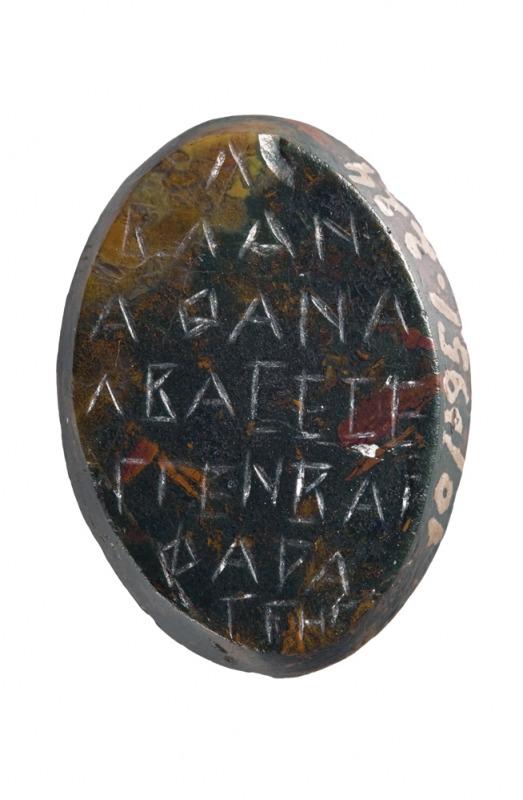 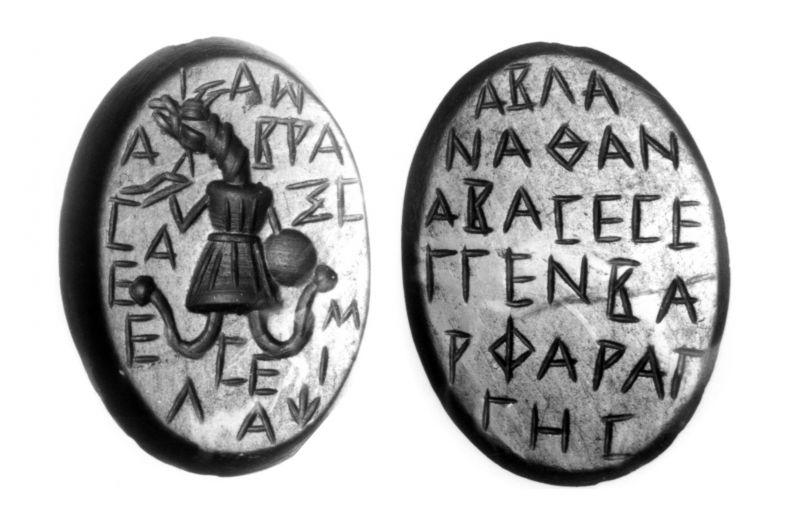