unfamiliar, on the reverse of a London amulet;102 the obverse represents a four-winged pantheos. Not noted elsewhere.

Θωβαρραβωθ. On the reverse of a scarab described by Barry.103

Θωζαξαζωθ. This is the end of a long inscription cut in spiral form on an amulet in the Walters Art Gallery (D. 251). The other side shows the infant Harpocrates standing on the heads of two crocodiles, as on the numerous “stelae of Horus.” It is also cut on the reverse of a pantheos gem in the Michigan collection (D. 258). In PGM XIII, 177, it is ζωθαξαθωζ; cf. 493, ζωθαξαθωζω, where the last letter is superfluous.

Ιαωαναραβαραναωαι. This palindrome precedes the σθομβαολη formula on the reverse of a green jasper representing Sarapis enthroned.104 Not noted elsewhere.

Ιαεωβαφρενεμουνοθιλαρικριφιαευ-εαιφιρ κτλ. This is treated as a formula appropriate for addresses to the sun,105 and, in fact, it is associated with solar figures on the gem amulets. It is found on the reverse of Harpocrates, with the radiate lion-headed serpent (Chnoubis), with the pantheos, and with Sarapis.106 An interesting stone published by Blanchet, with a design of Ares holding Aphrodite bound, has the Iaeo formula on the reverse;107 but Blanchet's attempt to show that “the formula was an essential part of love charms” is not convincing.108 The Cabinet des Médailles has two stones, without figure designs, inscribed with this palindrome (in one instance along with other words); but it was not recognized as such, and it seems in both examples to have been misread or else badly copied by the lapidary.109

Some long formulas with few or no recognizable parts show an affinity for certain gods, though not exclusively associated with any one of them. In the magical books they appear in invocations of the preferred deities; they are also inscribed on amulets that represent these gods or mixed forms in which the preferred deities are fused.

Αρπονχνουφι βριντατηνωφρι βρισκυλμα. The first word contains the names of Horus (Har) and Chnum; the second, which belongs particularly to the latter divinity, may conceal the Egyptian nefer, “good.”110 In a passage of a Berlin papyrus (PGM I, 26 ff.) the Harponchnouphi formula is connected with Agathos Daimon, but the allusions in some following lines (32 ff.) show that Agathos Daimon and Harpocrates-Chnouphis are joined in a solar complex. A stone in the British Museum has on the obverse Harpocrates seated on the lotus, on the reverse the Harponchnouphi formula and 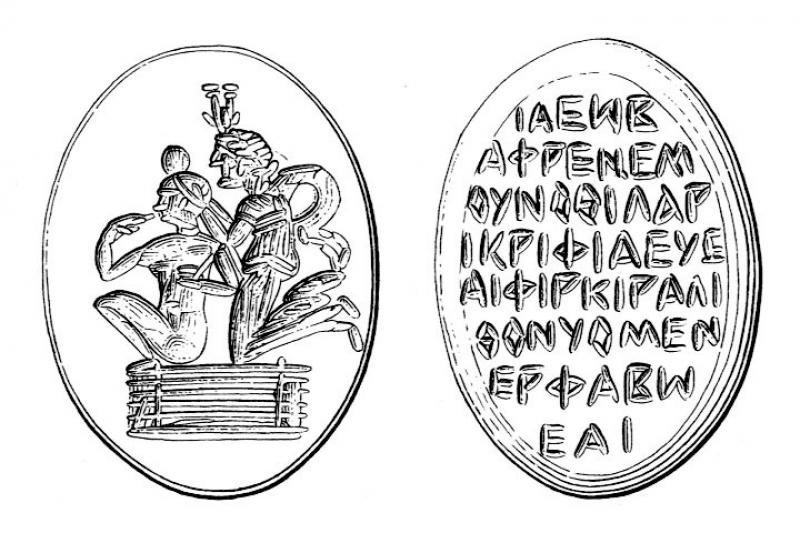 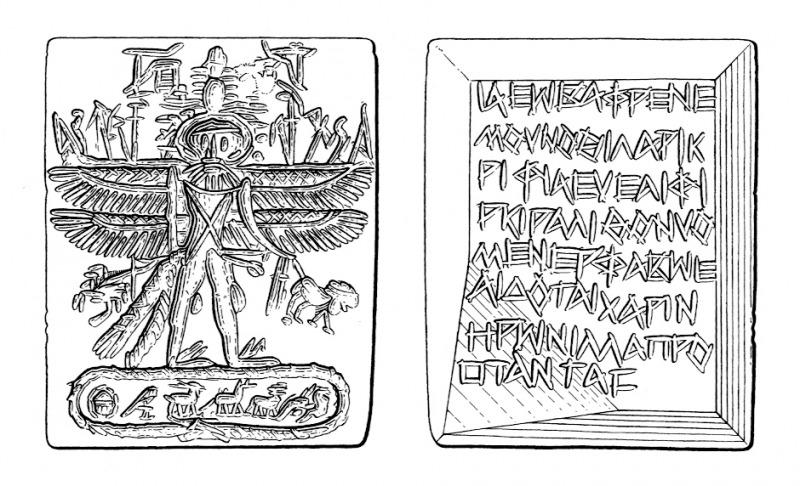 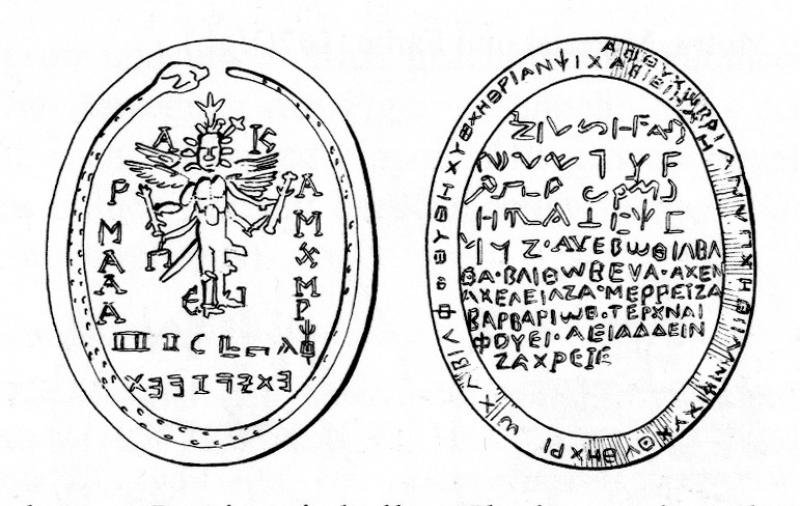 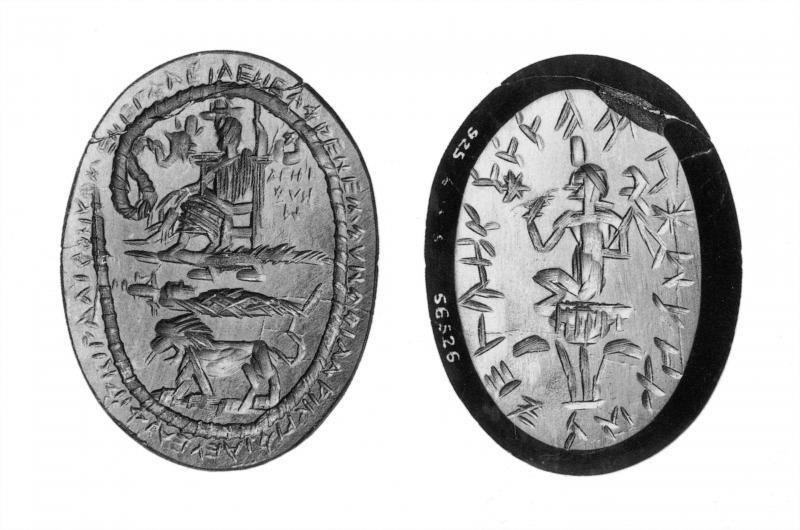 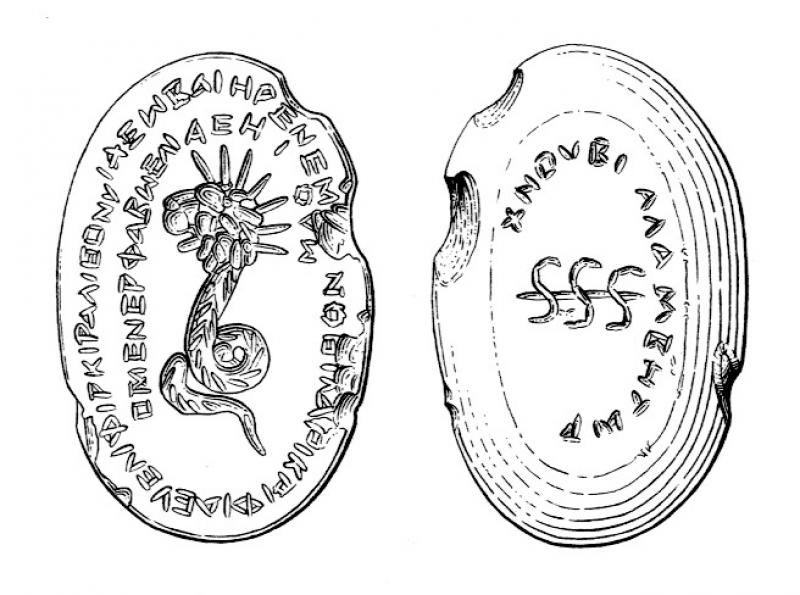 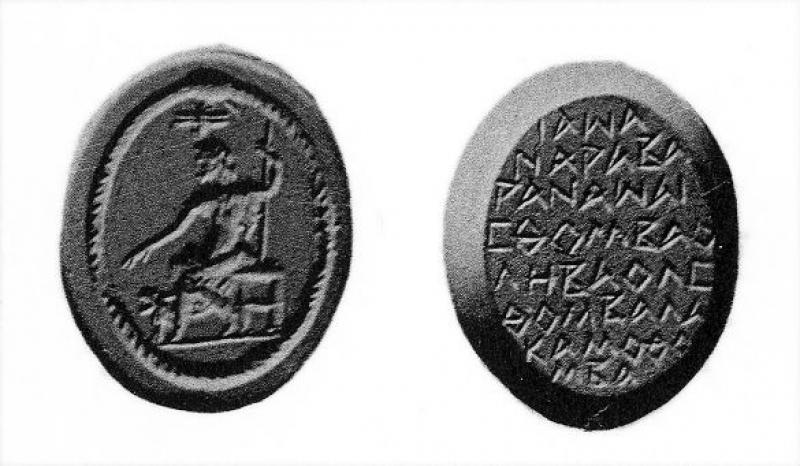 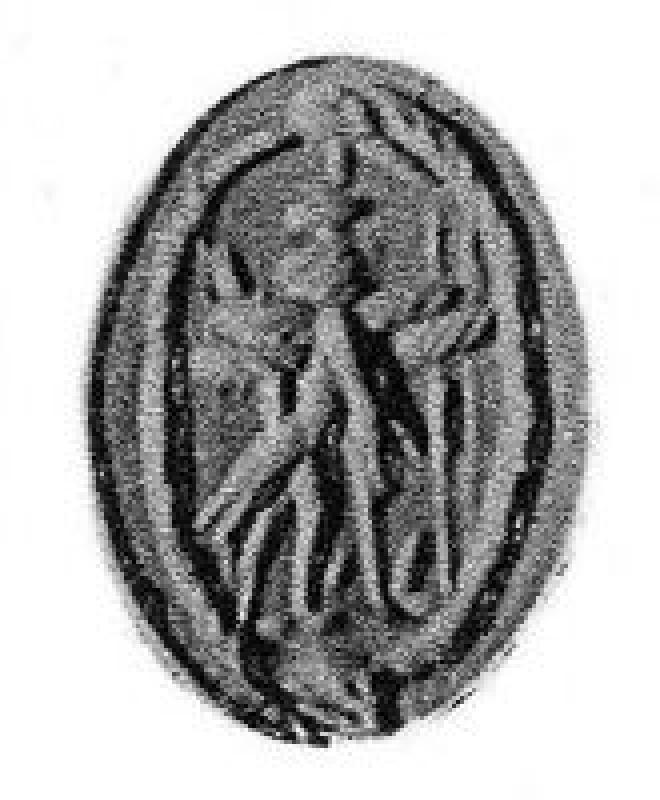 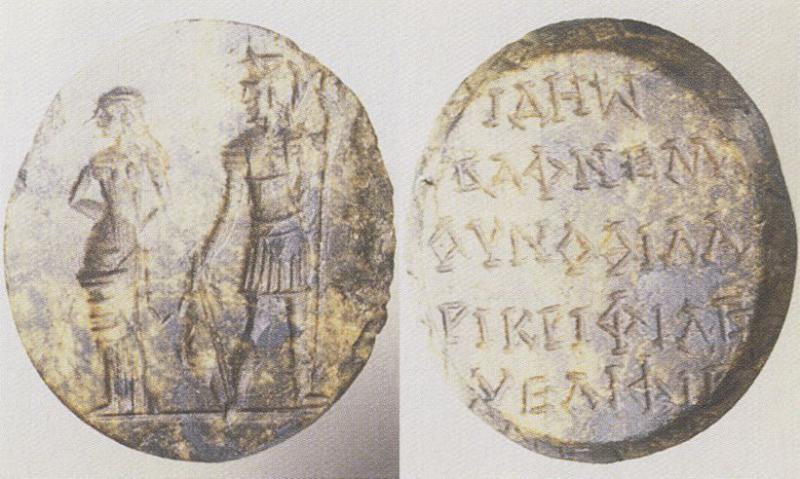