Bonner, SMA – PDF, 315.
back plain; on bottom, five-branched candelabrum.
Copper, 24 X 8 X 8. Somewhat corroded.
363
Ruthven 26
Irregular prism, section a flat hexagon. The two largest faces (A, D) have engraved designs, one of the narrow ones (C, to r. of A) has five letters, the other three faces are plain; but top and bottom of the prism are inscribed.
A, Anubis standing to front on globe, head to l., clothed in short tunic and cape, which conceals his l. arm. In r. hand he holds a scorpion by the tail, and also a short scepter with an ornament at the top. Several unconnected letters round the left half, a crescent and circle opposite his left knee. Along r. edge, beginning at the top, the first ten letters of the Chabrach formula, which is continued on the bottom of the prism, then upwards on face C, finishing on the top of the prism.
D, upper center, Isis standing to front, holding a serpent in her l. hand; on her extended r., a small very crudely executed standing figure, perhaps Harpocrates with scepter and flail whip. Below, at l., goat-legged Pan, dancing, with syrinx in r. hand, throwing-stick in l.; at r., pantheistic god with “standard” head (post with indistinct animal heads on each side). Several indistinct letters or characters above, at l. and below. Along r. edge, ovιτα

. In exergue, oαχ.
B. βαρηγωρηχυχ.
C. Lion running to l., star in front, crescent above.
D. Under the lion, ωρoμαvδαρη.
Haematite, 32 Χ 8 X 7.
366
Seyrig 27
Spindle-shaped bead (not perforated), slightly flattened for the figure designs; style much like that of the preceding stone, probably from the same workshop.
A. Crudely engraved female figure standing to front, head to l., r. hand raised to height of neck in a gesture like that of Nemesis. Three-pronged ornament on head.
B. σισισρω.
C. Lion walking to l., star in front, crescent over back.
D. χvoυωρη.
Haematite, 22 X 6 X 4.
367
Mich. 26117
Spindle-shaped stone.
A. Triple Hecate, modius on each head; whips in lowermost pair of hands, daggers or torches in uppermost, middle pair indistinct.
B. (turning l. to r.). Very slender female figure in close-fitting tunic; r. hand raised as in proskynesis.
C. Goddess with head and neck of snake standing to front, head with triple ornament to r. R. hand on tall staff, l. holds whip, under which is σεσεvγερ in vertical column, two letters to the line.
D. Extremely lean male figure.
Haematite, 47 X 12 X 10.
368
Walters Art Gallery 42.831
Obv. Above, animal-headed god standing to l., nude except for kilt and boots, holding caduceus in r., palm leaf in l. These attributes properly belong to
<<previous     next>>
Contents
Last modified: 2012-11-13 01:46:12
Link: cbd.mfab.hu/pandecta/1771 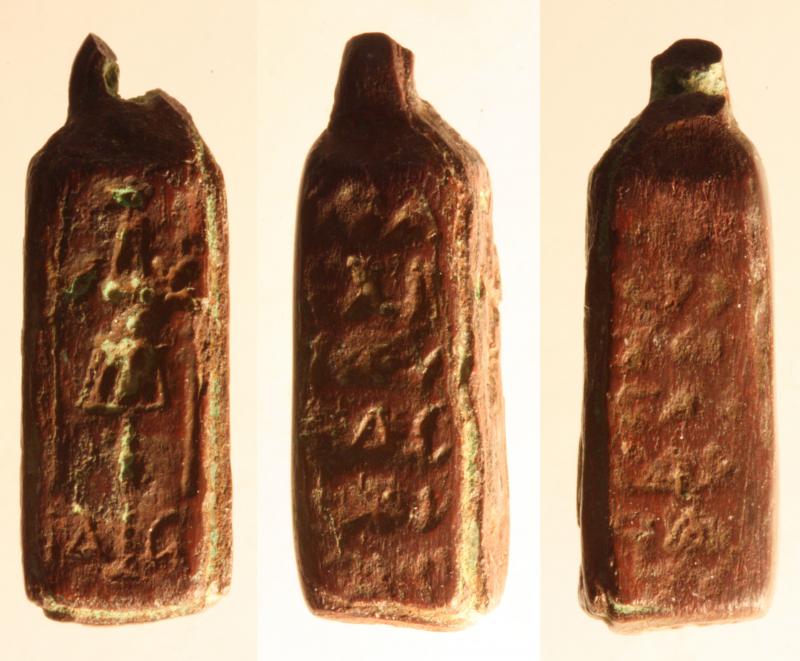 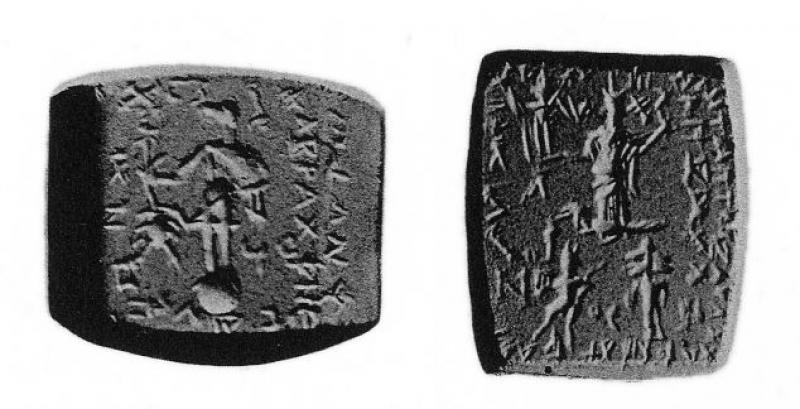 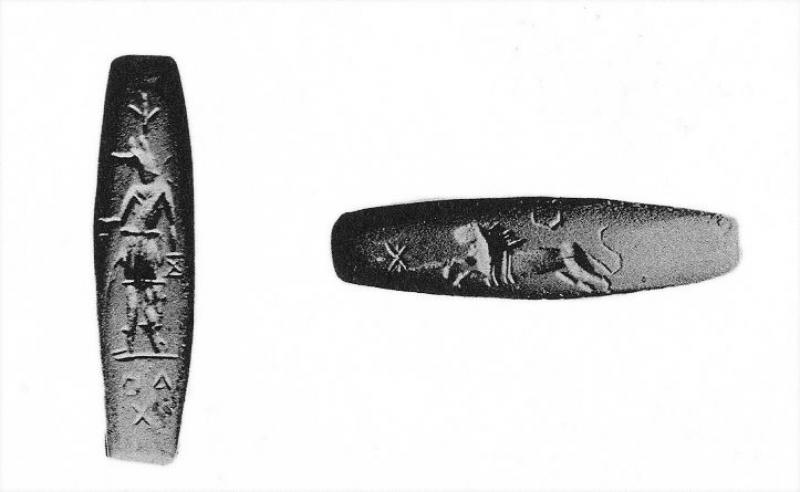 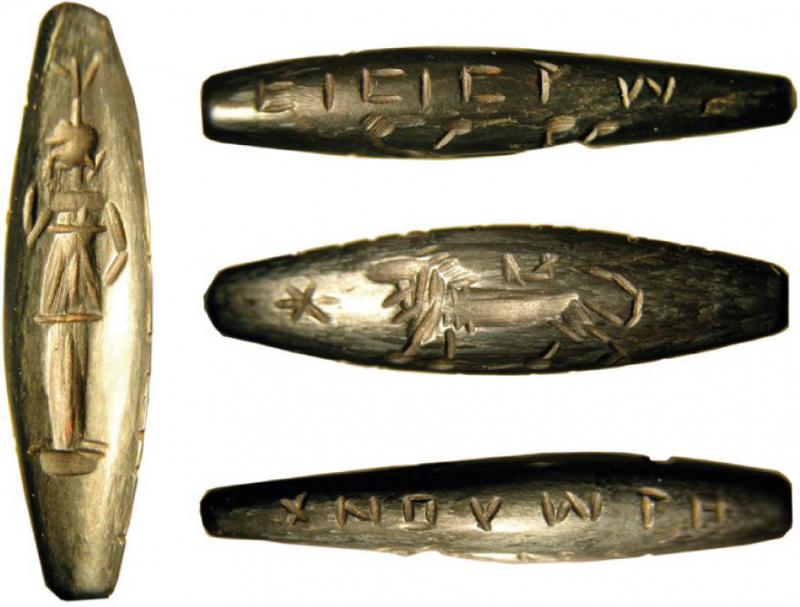 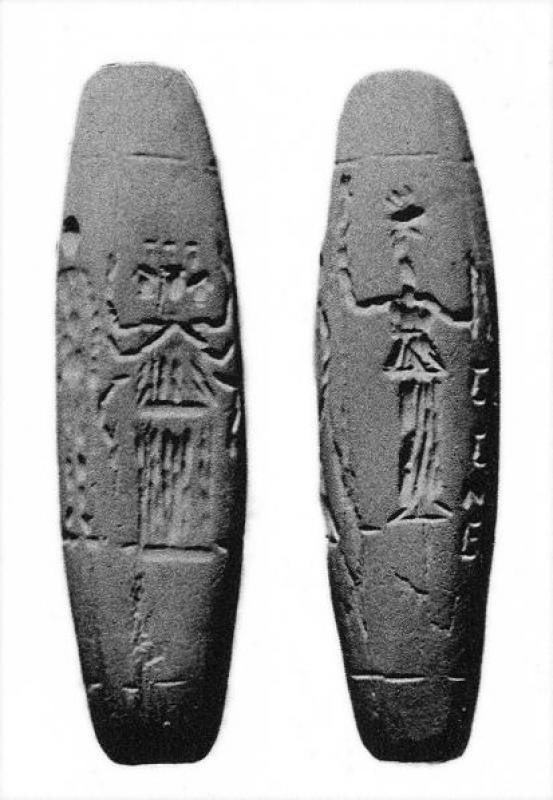